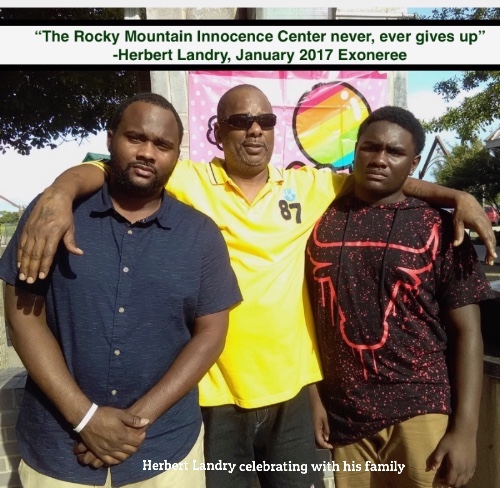 The Rocky Mountain Innocence Center (RMIC) accepted Mr. Landry’s case for investigation in 2009. RMIC quickly began to acquire and review all of the documents associated with Mr. Landry’s case and sought the assistance of attorneys Cory Talbot and Ben Machlis of Holland & Hart, to pursue post-conviction relief on behalf of Mr. Landry.

After several adverse decisions from the trial court – which were overturned on appeal – the Utah Court of Appeals determined that Mr. Landry had been provided constitutionally deficient representation at trial and on appeal, and was “entitled to appropriate relief under the PCRA [Post-Conviction Remedies Act].”

Such relief would generally entitle Mr. Landry to a new trial, but the Court of Appeals stated “it is far from clear that this would be a reasonable use of judicial resources or even something that Landry would welcome.” The Court of Appeals remanded the case to the district court, which vacated Mr. Landry’s conviction and restitution.

The Utah County Prosecutors Office informed the Court that it did not intend to re-prosecute Mr. Landry and moved to dismiss the case against him.

Your ticket for the: Herbert Landry